Modern architecture is an architectural movement of the early to mid-1900’s focusing on simplified and less segmented spaces that avoid superfluous ornamentation and that are derived from the function they are intended to facilitate, i.e. “Form Follows Function”.

Modern or modernist architecture is now a ubiquitous and often incorrectly used real estate term. It is most frequently misused to mean a style that is current, or a home that looks newer or trendy. When used in this context, it is more accurate to describe the architecture as “contemporary”.

In fact, modern architecture is derived from a school of thought that looked to break away from traditional architecture and building methods at the beginning of the 20th century, so it is by no means a new aesthetic.

The iconic works of modern architecture from this era predominantly feature reinforced concrete and steel which allow more open floor plans and free interior design layouts from the segmentation of traditional wood stud and masonry construction.

Clean forms with deliberate massings that feature material purism and restraint in ornamentation as well as open floor plans with abundant windows are emblematic of modernist architecture. Modernist architecture often strives for a balanced composition of solid and void spaces, the opaque and the translucent; the juxtaposition of heavy with light.

The works of Louis Kahn, Le Corbusier, Walter Gropius, Ludwig Mies van der Rohe, and arguably Frank Lloyd Wright exemplify this and serve as the built-embodiments of the tenets of Modernism. 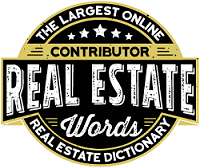 Interested in becoming a contributor? Apply for our Expert Contributor Program.